I grew up in a scientist family, my parents were scientists and were very reputable, especially my mother. The area we used to live belonged to the Chinese Academy of Sciences. The environment I grew up was similar among my childhood friends, at least we had one parents, if not two, were scientists. One thing in common was that since we were young, we were  brought up with “when you grow up, you can be anybody you want to be but not a housewife. The lifestyle of a housewife or staying home mom was very far from me, and I was taught, since I was a kid, right or wrong, not to become a housewife for the following reasons:

1) It was not not conceivable that you had to ask your husband for money, to ask for permission to do anything or to go anywhere. The equality between a man and a woman would not be there.

2) The society would also disrespect you because you were just dependent, not completed.

3) A woman should have her own dream or ambition. Just looking after the kids and husband would not be fulfilling enough.

4) How would you fill up the time meaningfully?

Under these advises, I become a career woman, quite a good one. Three years ago, I got diagnosed with cancer and I had to leave the work force. How could I live like a housewife? The thing is I have a bigger problem to handle  – my cancer, so I didn’t have time thinking about it much. Several months ago, I finally got the hang of it, I now know how to live with cancer, so again the issue arose, how could I live like a housewife or a women without a career?

After being “forced” to live like a housewife, I found something quite surprising:

1) I am much more sensitive to my surroundings, everything is like a movie in slow motion. I have time to reflect. Before I was sick, there was something that I was interested in doing more of, but had no time to do it. I always told myself that I would try it later. I noticed after all those years of procrastinating, things to “think about later” or “try it later” were things that I’m really interested in. Now I can, not only think about it, but also do it and enjoy it.

2) I can do things in the way I want and with no deadlines. When I was working, I used to have a “to do” list, a very long one. Make no mistake, I loved my job and I wanted to do most of the “to do” things, but there were always some I didn’t want to do but had no choice. Now I can pick and choose, do it in my way and at my own pace.

3) I enjoy everything that I finish doing. I still need to have a “to do” list due to many years’ habit. When I finish it, I feel I have accomplished something and then stop to reflect. It’s important to achieve something, big or small, nobody but only myself can judge it.

If this is what a housewife’s life is like, it isn’t bad. No matter what my life is like, housewife or not, I enjoy it. I have to say that cancer makes me feel another side of life. It teaches me to slow down, to listen to my body, to be more sensitive to what happened to my surrounding and to be more compassionate. 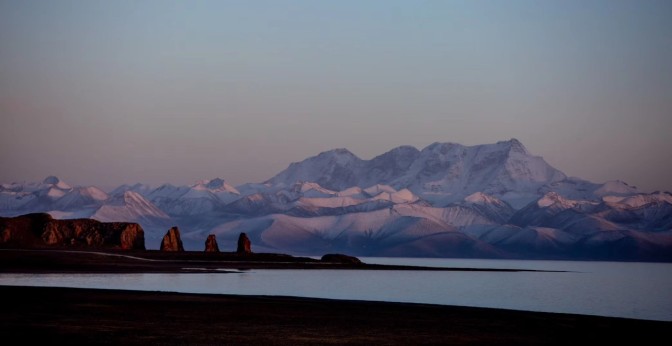 My friend HaoPei (斐皓) is a Stage 4 lung cancer patient, 37 years old. This picture was taken by him when he traveled in rural China after his diagnosis.

I am diagnosed advanced Stage IV ROS1+ lung cancer 3.5 years ago at the age of 50 years old. Thanks for Targeted Therapy, my disease is under control. I am a cancer advocate to raise the awareness of lung cancer. Before I was sick, I was a professor in Mechanical Engineering. View all posts by cqwu