After one month from my diagnosis, I saw my radiologist and my oncologist, I’ll refer to my oncologist as Dr. D. They decided early on that I am not suitable for surgery because the lung cancer had metastasized and the brain tumour could be better controlled through Gamma Knife surgery, a well-established radiological procedure. My memory is hazy about what had happened at that time. I remember that my husband did the talking for me to the doctors and the nurses, who were always seemingly in the far distance from me. I didn’t know how to respond to the doctors and the nurses, and for the most part I didn’t want to talk to them.

There was not much for discussion, but I started chemotherapy. I had four months of chemotherapy, once every three weeks. I didn’t feel much sickness, and I often finished chemo and went back to work. Once I was in the chemo room, the lady sitting next to me caught my attention. She was 35 years old at most, dressed very fashionably with a warm sweater, tight pants and tall boots. Later a social worker came to talk to her. I understood that she was pregnant, determined to have this baby. She never talked about baby’s father or any relatives. She was well mannered but abnormally loud. She said that she had a lot of drugs to calm her down. It struck me – under such a harsh chemotherapy drug, could a baby survive? Were there any side effects? Who would raise the baby knowing since we would not be in this world for long? That lady left a long lasting impression on me. Cancer can be so cruel especially when there are children involved.

In the first visit to my oncologist, Dr. D talked to us about the genetic mutation testing or Biomarker testing, but the cost, $5,000USD, was not covered by the insurance. My husband, without hesitation, said, “do it”, and they sent my biopsy to Foundation One in the US. I didn’t know at the time what this test was for and expected nothing. One month later, we found out that I had the ROS1 rearrangement. Dr. D was quite excited as we had more treatment options. Again my husband did all the talking on my behalf as if the whole thing had nothing to do with me. I noticed it but at the same time I appreciated it. I didn’t want to do anything. I felt indifferent. I thought to myself, “without my husband, what I could do?”

Several months later (March, 2016), Dr. D told us that the chemo was no longer as effective as it could be. My report showed that the tumour in my lung was not getting smaller. So I switched to Xalkori as planned. In June, 2016, the report showed that the left infrahilar mass seen on the prior report had significantly decreased and the smaller left lower lobe nodule seen on the prior study had resolved entirely. Since then, the tumour in my lung has shrunk or remained the same in subsequent reports.

The Xalkori worked fine for me without any side effects for several weeks, but by later in spring, my platelets dropped significantly. I had to have blood tests every week to monitor the platelets. If my platelets were lower than 80, Dr. D reduced the dose to 200 mg. When the platelets even went below 60, I had to stop the Xalkori. Finally, my platelets raised above 180 at the beginning of 2017, and remain there since. My mother believes that the Chinese medicine I was using raised my platelets, and therefore saved my life. I actually started the Chinese medicine in the beginning of November, 2016. I will discuss it later in a separate blog.

During my three year diagnoses, I have never suffered as a typical lung cancer patient: no shortness of breath, no discharge, no pneumonia or infections. All difficulties I have are related to the brain tumour. Knowing I have ROS1 positive lung cancer saved my life. About 1% of all lung cancer patients have this ROS1 rearrangement. The wonder drug, Xalkori, totally changed the dynamics of my disease. The side effects of Xalkori have been very tolerable. In my case, I have had almost no side effects except that my platelet count was low in the beginning of having the Xalkori, but it balanced out later.

I think it is crucial to have the genetic mutation testing for every lung cancer patient. Besides ROS1, there are ALK (4%), EGFR (13%), KRAS (24%), PIK3CA (4%), and BRAF (2%) and many other gene-dependent lung cancers. There are targeted therapies, which are extremely effective for most of them. Note that the drugs on the market are inhibitors. They can buy us some time; however they cannot cure the lung cancer. Soon or later, the cancer cells will become resistant to the drug, so we should promote lung cancer research to find newer inhibitors and ultimately the cure for lung cancer, which is not impossible today. Also, we should push the government medical care to pay for $5,000USD for every lung cancer patient for the genetic mutation testing.

I also noticed that in the first 2.5 years since I was diagnosed, I was absolutely shut down and was not myself. Most of time, I was like in the cloud, knowing partially what had happened, but every thing happened remotely from me and seemed not important to me. I hardly cried and sometimes felt scared but not often. I never felt sleepless (I was using Zopiclone, a sleep pill, but after 9 month I stopped it because I didn’t need it.), never lost weight, never wanted to listen to music or to watch TV, hardly read anything, either books or magazines or websites. I exercised a lot to the point that it was only my daily activity, which wasn’t a part of my life before I was sick. On the other hand, from time to time, I was quite alert, silent and knowing what had happened to me, but at same time I was indifferent. I noticed that this mood lasted about 2.5 years since my diagnosed. I’ll blog it in another time. 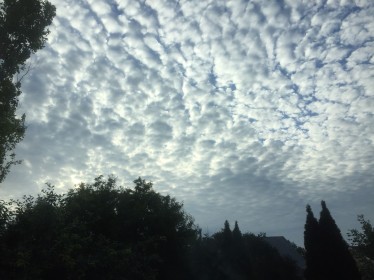 I am diagnosed advanced Stage IV ROS1+ lung cancer 3.5 years ago at the age of 50 years old. Thanks for Targeted Therapy, my disease is under control. I am a cancer advocate to raise the awareness of lung cancer. Before I was sick, I was a professor in Mechanical Engineering. View all posts by cqwu